Our Mission & over 30 Years of History 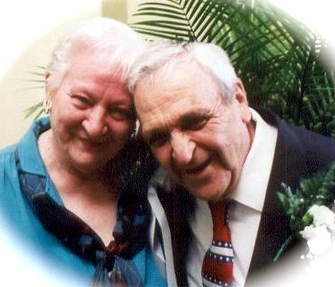 The mission of the Houston Gerontological Society is to disseminate knowledge to professionals working in the field of gerontology, who are then encouraged to implement this knowledge in order to strengthen and enhance current and future services for the geriatric population.  HGS provides gerontological information and practical application to professionals and the general public.

Membership is open to all who are interested in the aging process and in enhancing life for the aging population. HGS membership includes physicians, nurses, elder and adult care mediators, social workers, students, attorneys, senior care facility managers, professors, researchers, and other caring community members.

Brief History of the Houston Gerontological Society
from Early Days of HGS: Some Personal Recollections by Dr. George Niederehe

Dr. Charles M. Gaitz is credited as the founder of the Houston Gerontological Society. Dr. Gaitz was a pioneer in geriatric psychiatry, who from 1966-1985 built and directed gerontological programs at the Texas Research Institute of Mental Sciences (or TRIMS).

Dr. Gaitz’s inspiration was that HGS become a broadly based, multi-disciplinary organization. His interest was in establishing an analogous support organization for those in other fields and disciplines, such as social work, nursing, psychology, sociology, law, and long-term care services. And thus HGS was structured to promote interdisciplinary and inter-institutional cooperation and dialogue at the local level.

In November 1986, the first regular meeting was held in the format that has remained standard – a dinner meeting with invited speakers. The first speakers were Baruch Brody and Andrew Evans from the Baylor Center on Ethics, who presented on ethical issues in the allocation of geriatric services. Other speakers during that first year included the Director of the National Institute on Aging, T. Franklin Williams, and Texas State Senator Chet Brooks.

Fast forward, in 2016, the Houston Gerontological Society celebrated 30 years of service to the Houston community with Brown University’s famed gerontologist Dr. Richard Besdine (center with purple tie) in a collaborative program with the Brown University Alumni-Houston at the Junior League of Houston.

The Membership Committee is responsible for retaining and increasing HGS membership at all levels. Its responsibilities include maintaining accurate membership information, providing assistance and record keeping at all Program/Dinner meetings, and promoting the mission of HGS in the professional community.

The purpose of the Programming Committee is to secure dynamic, informative and relevant speakers who can present knowledge and inspiration to the membership as embodied by the HGS mission statement; identify and engage locations for the meetings which are of interest to the membership, eager to meet the HGS membership, and supportive of the geriatric community; and execute programs successfully by coordinating the necessary technical equipment, communication between HGS and the facility, and overall effectiveness of the event.

The Communications Committee focuses on HGS website coordination and enhancements, public relations and membership communications. The overarching purpose is to enhance communications and networking within and for the membership and community. The website and related social media options provide updated program and organizational information. The public relations activities can include reaching out to the professional geriatric community with invitations to participate in quarterly programs or special events. The Communications Committee works closely with the Membership Committee to develop new membership and retain current members.

Dr. Ruth DeHart was a charter members of the Houston Gerontological Society. Her focus throughout her long association with HGS was to passionately promote the education and professional growth of the many disciplines that encompass the field of gerontology. The Scholarship Committee is responsible for reviewing scholarship applications and choosing recipients that best honor the memory of Dr. DeHart and the tremendous legacy she left in the field of gerontology.

For more information or to join an HGS committee, please email us.