has served Houston’s professional community since 1986
and is dedicated to strengthening and enhancing current
and future services for older adults and their families.

The Therapeutic Value of Reminiscing 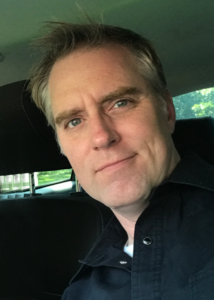 Chance McClain founded Heritage Films in 2015. Using the practices, equipment, and processes of a professional documentary film, Heritage Films preserves the stories and life-lessons of seniors and families for future generations.
After serving as a light-infantry medic in the US Army, Chance entered the public spotlight in 1999 with a series of songs about prominent athletes. In 2003, on the heels of a song for Houston Rockets phenom Yao Ming, he took a job as the creative director at CBS Radio’s Houston sports radio station, SportsRadio 610. Over the next decade he became a key player in the Houston sports media scene working closely with the Astros, Rockets, Dynamo, and Texans.
In 2008, Chance wrote the award-winning, feature-length musical film, Horrible Turn. The following year he started Texas Chance Productions, a full-service boutique video production company. In 2011, he wrote the book, music, and score for the stage off-Broadway New York musical Kissless.
Chance runs Heritage Films along with his wife of 25 years, Kearstin. Their daughter, Abbey is a freshman at Stephen F. Austin State University and their son, Noah, is a filmmaker in Austin.
Heritage Films has filmed the life stories of more than 250 families. From a 99-year old business owner that still works full-time to a 46-year old father on home hospice counting days, not weeks, Chance has a unique perspective on the power of reflection and storytelling.